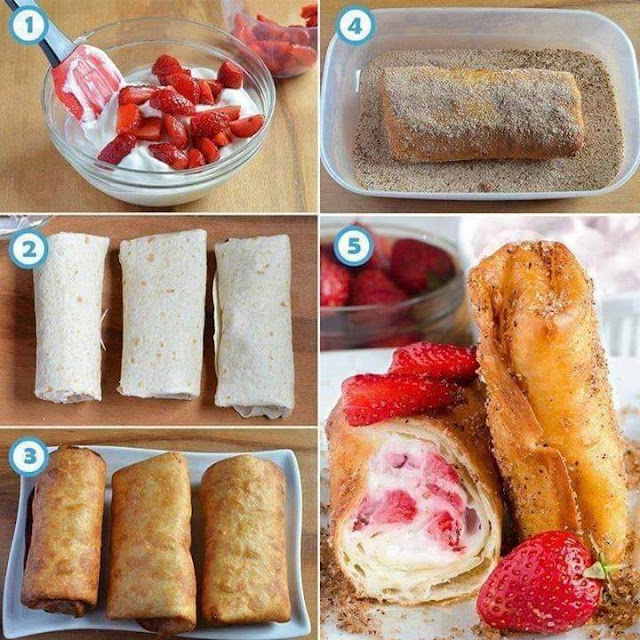 Divide the mixture evenly between 6 tortillas. Slather the filling in the lower third of each tortilla, fold the two sides of each tortilla toward the center and then roll the tortilla up like a burrito (secure it with a toothpick!).

Combine 1/3 cup sugar with 1 tablespoon cinnamon in a shallow bowl and set aside. Line a large plate with paper towels.

In about 5-inch deep saucepan place about 2 -2½ inch vegetable oil for frying and heat it over medium-high heat until it reaches 360ºF.

Fry the chimichangas until golden brown and crispy, about 2-3 minutes and flip them as needed (work in batches).

Transfer the chimichangas to the paper towel on a plate to drain for a minute, then roll them in the cinnamon and sugar mixture.

Don’t forget to remove all toothpicks from the chimichangas!