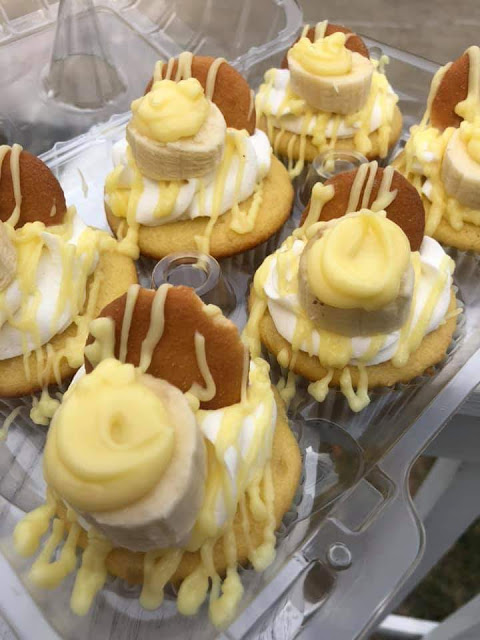 Preheat oven to 350° and line a cupcake with cupcake lines.
Bake cake mix according to cupcake package instructions. Let cool completely.
Make pudding: In a large bowl, combine vanilla pudding, milk, and sweetened condensed milk. Whisk until thickened, about 5 minutes. Fold in chopped bananas.
Make the whipped cream: In a large bowl, combine heavy cream, powdered sugar, and vanilla and beat with a hand mixer on high until light and fluffy, about 5 minutes.
(Alternatively, you can beat the cream in the bowl of a stand mixer with a whisk attachment.)
Using a paring knife, cut small wells out of cooled cupcakes. Fill with banana pudding, then top with whipped cream.
Garnish each cupcake with a banana slice, a Nilla wafer, and Nilla wafer crumbles.